Dr. Elwood Schmidt addressed members of the Mesquite Club in Las Vegas, NV on April 9th.  Schmidt said his book was written as a glimpse back into medical practice in small towns throughout the southwest in the mid to late 20th century and even early 21st century.  He read two poignant stories of his experiences that stirred memories in members of the audience. The audience had multiple comments and questions.

The Mesquite Club is the oldest women’s service organization in Las Vegas, dating back to 1902. 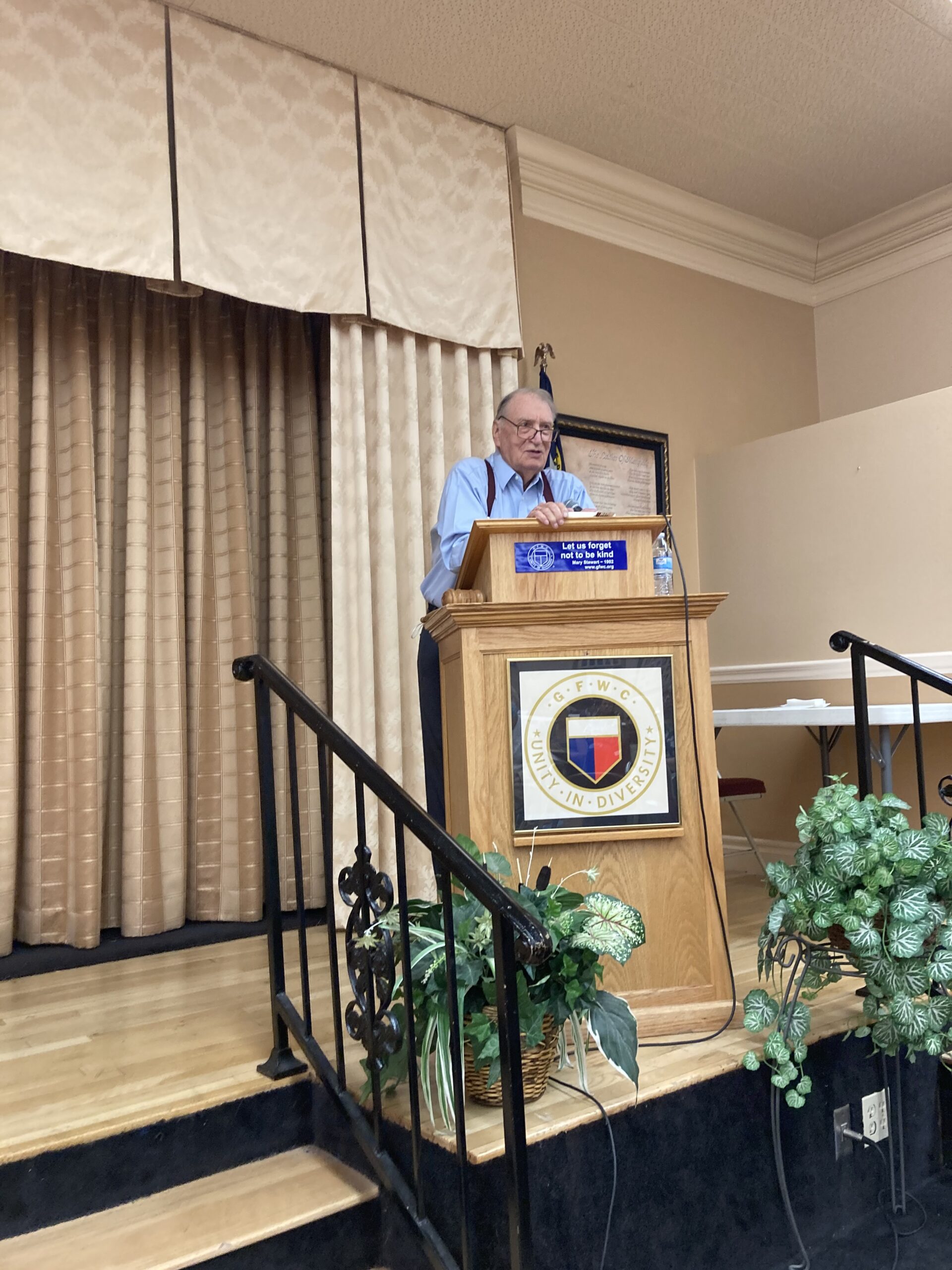 ← The Rest of the Story, Again The Sun Setting on the Virginia Range →